The challenge was held at the Great Sand Dunes National Park and Preserve on the morning of April 16. Students from schools throughout Colorado and more than 150 spectators were present.

PCC had two teams compete during the Robotics Challenge, taking their rovers to the Mars-like sand dunes terrain. The Royal Guards team of Vashti Trujillo and Jared Butler built a robot called Clifford the Big Red Rover and did a great job in overcoming obstacles they faced while navigating Clifford through difficult terrain.

Vashti and Jared continued to reprogram their robot and change out tires until the end of the competition. For their efforts, the Royal Guards received a certificate of achievement for “unwavering perseverance” because they did not give up when circumstances were tough.

The Robotics Challenge was a great educational experience as the competing teams proudly presented their designs, manufacturing techniques and overall creativity. 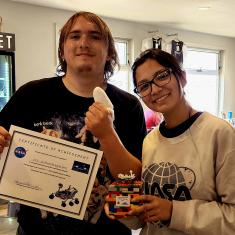 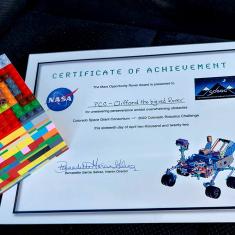