PCC will require weekly COVID testing for unvaccinated employees and students beginning in January 2022. Most students who choose not to undergo testing or provide proof of vaccination will have the option of taking remote classes that don’t require them to be on campus. Get details on our COVID-19 webpage.

Brook Reynolds has some advice for high school students: Embrace the opportunities that PCC offers. You never know where they may lead.

Reynolds graduated from PCC Southwest in 2016 and now has a successful artistic welding business, Artistic Fabrications. Like many, however, her journey to this point wasn’t a direct one. As a successful high school student, she felt pressure to attend a four-year university, so she did – and struggled.

Reynolds’ mom recognized her daughter’s artistic talents and suggested she try a welding class at PCC. After some hiccups, Reynolds found her groove and completed the welding program. While she recognizes her roundabout path is what led her to running her own business, Reynolds believes would have been better off if she had been encouraged to explore different trades when she was still in high school.

“If I was a high school student today hearing about someone who took the track I did, it would have a huge impact on me,” she says. “It’s nice to know there are other job opportunities out there because I think a lot of students are expected to get a career out of a (four-year) college path. Maybe that’s not the right track for them.”

While she did not have access to PCC’s concurrent enrollment program when she was in high school, Reynolds encourages others to get as much exposure as they can to different careers before graduating.

“If I were giving advice to someone thinking of going into the trades, I’d tell them to trust that instinct,” she said. “Even if you do take a traditional university route, take as many side roads as you can. Maybe you only take one welding class in high school but then you become a doctor after you learn you have a steady hand from that welding class.  Explore all your options!” 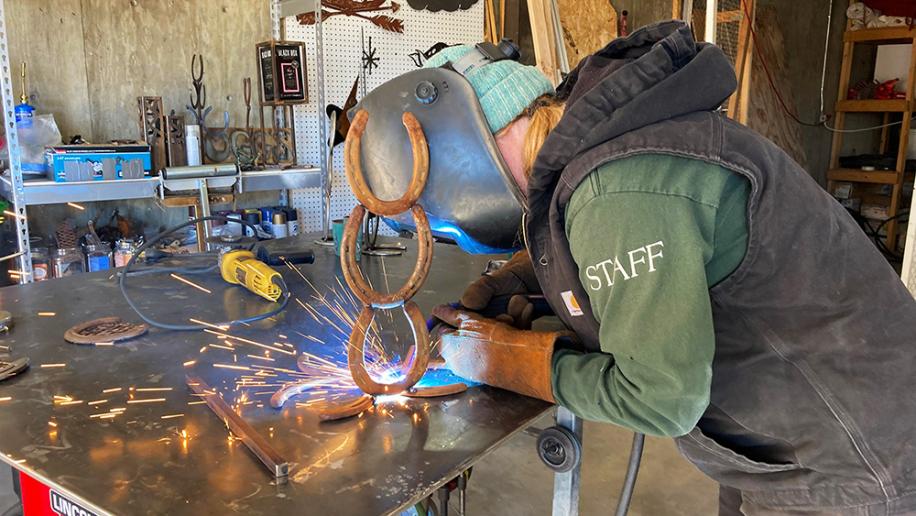